Incubations are set up in a black 96-well plate, and consist of substrate (OMF) and CYP2C19 Bactosomes in phosphate buffer containing magnesium chloride. Reactions are initiated by adding 40 µl of 5x NADPH generating system [this is added to all wells, including blanks and standards].

Instead, reactions are terminated after the desired incubation time by the addition of 2 M sodium hydroxide. The resulting increase in pH maximises the fluorescence of the fluorescein molecule. More importantly, incubating the plate at 37°C for the subsequent 2 h results in the selective, NADPH-dependent degradation of residual OMF. It is important to note that the fluorescence attributable to OMF is not completely removed by this treatment – it decreases in proportion to the level present immediately before NaOH addition. However, this is sufficient to allow the fluorescein to be measured fluorometrically. It should also be noted that incubating for longer than 2 h does not result in any further significant decrease in OMF fluorescence.

As the degradation of OMF depends on the presence of NADPH in the incubation, it is very important to ensure that NADPH is added to all wells – there is no degradation in the absence of NADPH (in fact, the fluorescence signal increases). In addition, both the rate and extent of OMF degradation increase with increasing NADPH concentration, at least up to 1 mM NADPH (and possibly up to 2 mM). As a result, residual OMF is removed more thoroughly (and hence, a better signal-to-noise ratio is achieved) when the test is run using NADPH generating system, rather than NADPH, because the NADPH concentration is maintained up to the end of the initial incubation.

The substrate, OMF, is available from Cypex.

After the addition of stop reagent, the plate is incubated for 2 h at 37°C before fluorescence measurement.

Time linearity test on CYP2C19R Bactosomes with OMF as substrate: 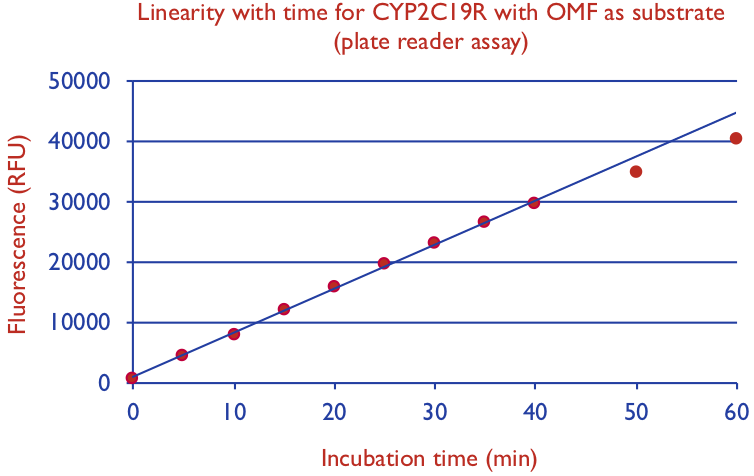 The reaction is linear for approximately 40 min with CYP2C19R Bactosomes.

Time linearity test on CYP2C19LR Bactosomes with OMF as substrate: 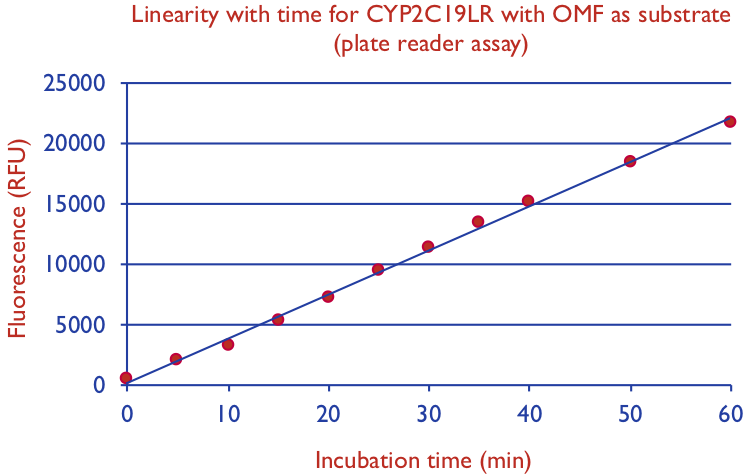 The reaction is linear for at least 60 min with CYP2C19LR Bactosomes.

P450 linearity test on CYP2C19R Bactosomes with OMF as substrate:

This test was run at 1 µM OMF using an incubation time of 10 min. 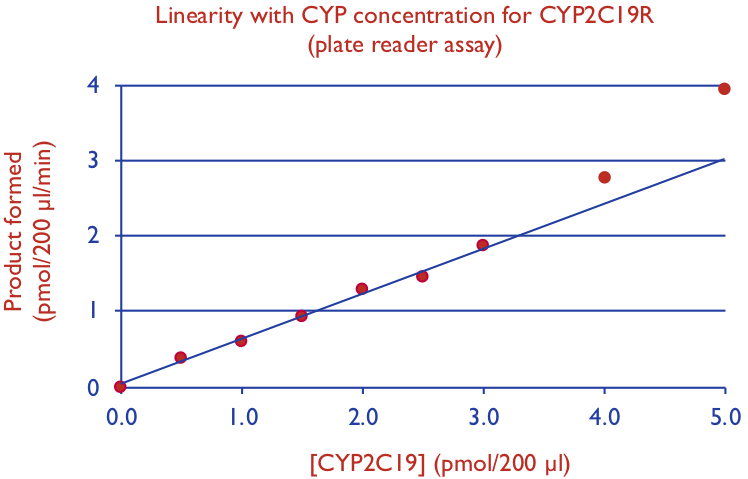 The reaction is linear up to 3 pmol/200 µl with CYP2C19R Bactosomes.

P450 linearity test on CYP2C19LR Bactosomes with OMF as substrate:

This test was run at 1 µM OMF using an incubation time of 10 min. 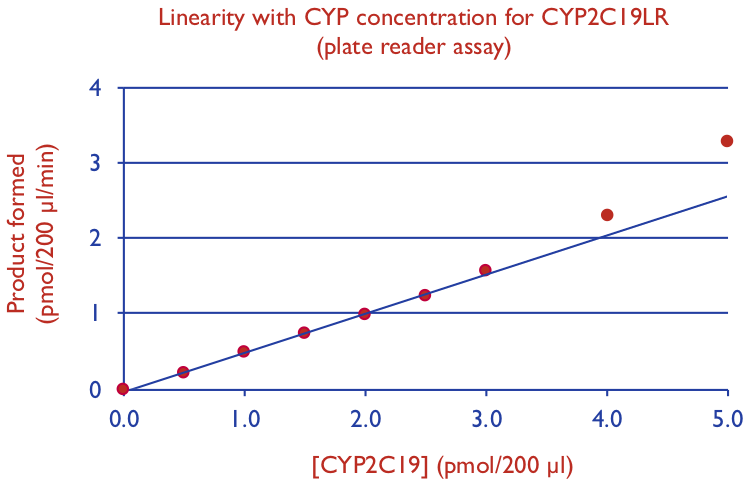 The reaction is linear up to 3 pmol/200 µl with CYP2C19LR Bactosomes. 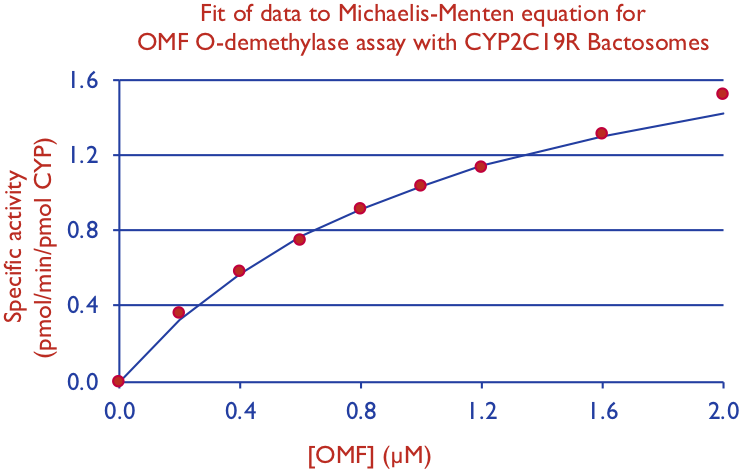 The reaction is characterised by a Vmax of 2.2 pmol/min/pmol CYP and a Km of 1.2 µM in CYP2C19R Bactosomes. OMF concentrations ≥2 µM give rise to substrate activation.

ISO9001 audit completed for the 20th year in a row with no issues.